It’s all About Dorado and Sailfish 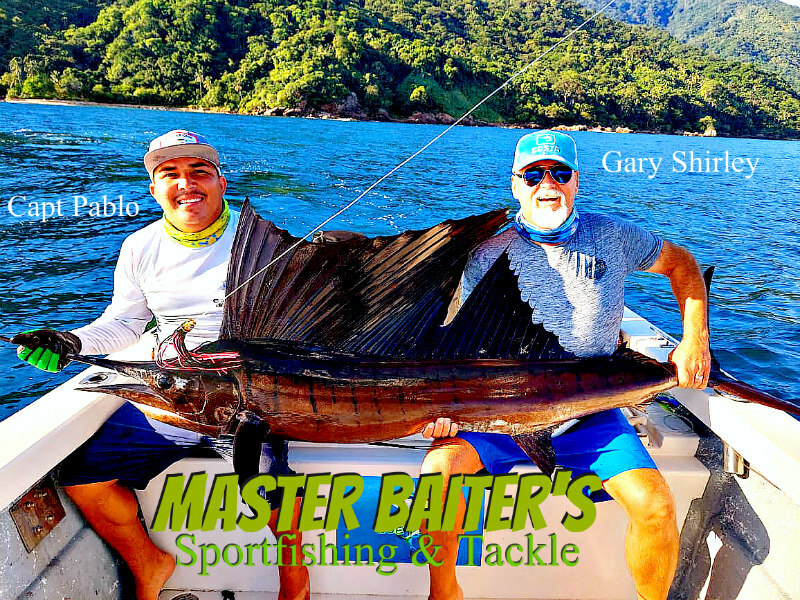 After what I thought might be a temporary thing, Dorado numbers have exploded. In fact fishing in Puerto Vallarta is all about Dorado right now. It’s now October, the fishing from now until hopefully New Year’s will be the best of the year. The local climate is calming down and it feels like an early winter. But for now a bay trip to Corbetena is well worth the time and money. With mostly dirty water, once you’re past the Marietta islands things change. If you’re in the south end of the bay, things are different and now even larger Dorado are in the bay. So sit back and let the Dorado Show begin.

Corbetena is definitely the place to be. Cubera Snappers are taking trolled baits and can be as large as 65 lbs or white meat. Yellowfin Tuna about 8 to 12 miles north of the rock at 60 to 80 lbs, depends on the day. Sailfish numbers are naturally picking up as they normally do in the October timeframe. Dorado are here as well and can be around 40 lbs if you’re lucky. With mostly blue water, there are days when dirty water finds the rock but don’t be discouraged, just find blue water. One nice thing is even as far out as Corbetena you can still find Trash Lines. For now a ten hour trip is well worth your time and money! Marlin are thin, by that I mean surprising low numbers wise. Thank La Nina for that.

Dorado are pretty much everywhere!

The area between El Morro to Punta Mita is Dorado “Landia”. Right now you can expect to boat at least four Dorado in the 20 to 30 lb range per trip. Find a Trash line and there have been many, anything is possible. Find floating logs or debris, that’s a Dorado goldmine. Sailfish are once again picking up in numbers from this area to north of Sayulita! If lucky, there have been some Rooster fish off the back side of El Morro, but It’s mostly hit and miss. You go out for eight hours, you’ll have all the Dorado and Sailfish action you can take. Feeling lucky?

And that brings us back to the bay. Last week anywhere but the bay was good fishing. That has changed now with larger Dorado at 25 lbs and up possible. Capt. Pablo of my new Panga Que Pasa put clients on 11 Dorado over 20 lbs in the middle of the bay with an invasion of Sardines as a favorite delicacy! Jack Crevalles are moving in again, early in the season but is a sing of La Nina once again. Sierra Mackerels, Bonito and even the Skip Jack Tuna that are normally no larger than 6 lbs are running 12 to 15 lbs. Perfect bait and frankly good eating! Dirty water is a season long challenge but the south end of the bay is mostly clean and blue water. With some luck there are still 40 lb Yellowfin by Yelapa.

Right now we don’t know what we’re going to get. With the La Nina currents pushing Marlin and every other species in these currents to Southern California. Cabo is on fire fishing wise which surprises me. But when you think about the changed currents, Cabo always enjoy the benefits of La Nina. But for now we’re doing Ok with plenty of fish to Target.

For those interested in the Tres Maria Islands, this area is a fishery, which means Yellowfin Tuna breeding grounds. If you’re interested in boating a 300 lb Monster, now is the time to be there. The “theory” that Hurricanes and inclement weather will ruin a fishing trip to the Marias. First, the Tres Maria Islands are about 100 miles from Puerto Vallarta, not a thousand miles. For the Southern California guys, you’re being brainwashed. After hundreds of Hurricanes in the last five years passing PV, only a very few have caused real issues and there is always plenty of warnings for Hurricanes. So don’t think you’re chancing your money, rather think about the endless arm and back burning action of several 300 lb plus Yellowfin Tuna. Contact me, I’ll show you a better way if you’re seriously interested in going for world class Yellowfin tuna action in a luxurious and affordable experience.

Until next week, don’t forget to kiss your fish!

A quick Note, Gary Shirley went out with Capt. Nacho, Capt. Pablo and Nachos Son for four days straight. Mr Shirley really wanted a Grand Slam with Dorado, Rooster fish and Sailfish. He wasn’t interested in Marlin or Tuna at all. We took seperate and individual days to target Gary’s “bucket list” species. You can see it all went well and Team Que Pasa delivered in “flying colors”. Plenty of positive energy and arm burning action for sure! Capt Pablo was sweating bullets because Rooster fish are a little scarce right now. Capt Pablo got Gary a Rooster fish and all is well in the Bucket List world 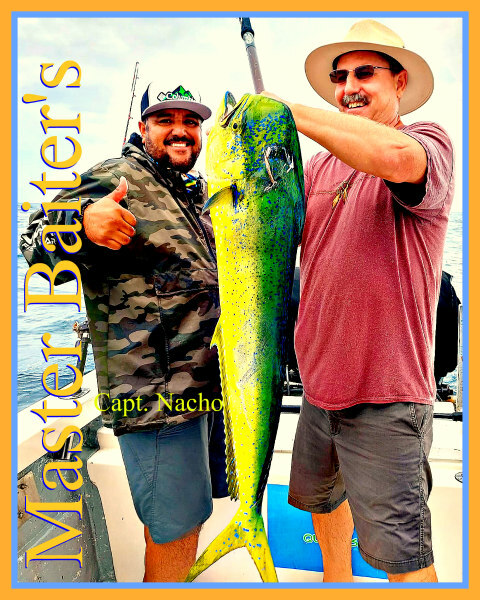 9-17-2021
Almost two weeks after Hurricane Nora we finally have fish moving back into the area. We’re still having the seasonal...... Read More

Back to Fish Reports